This is going to be a long page as the progress was pretty well documented. Due to the ultra rarity of this Plowman we made an effort to document much of what was done from the beginning.

This is the Plowman, pretty much, as it arrived. These are after photos but it didn't look much different on the outside when it arrived. 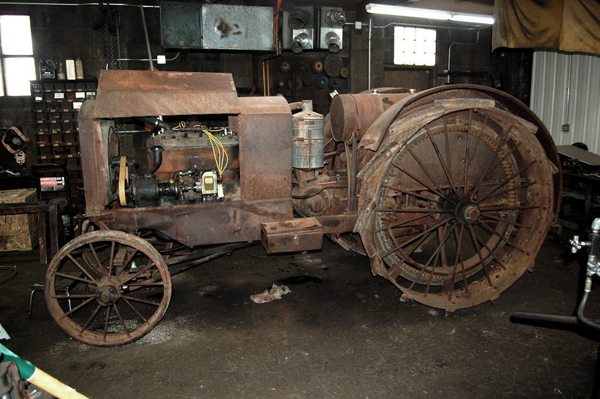 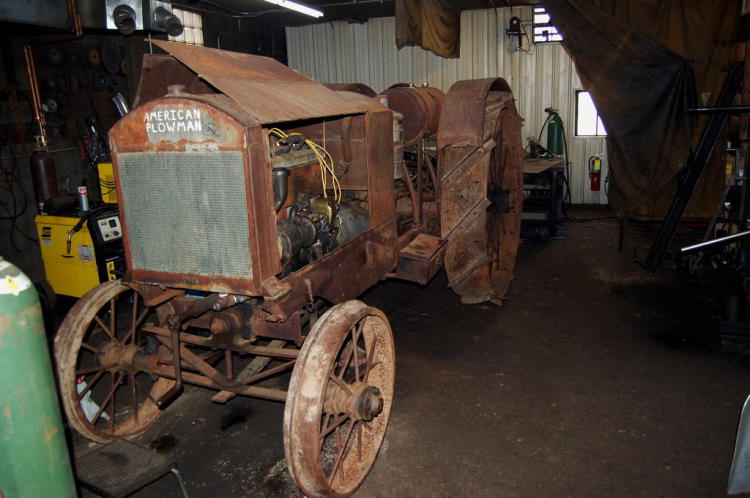 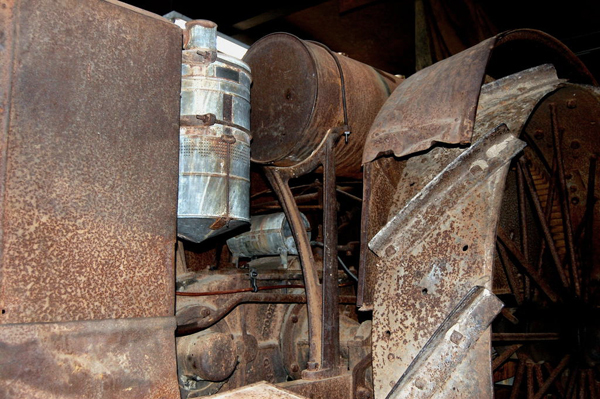 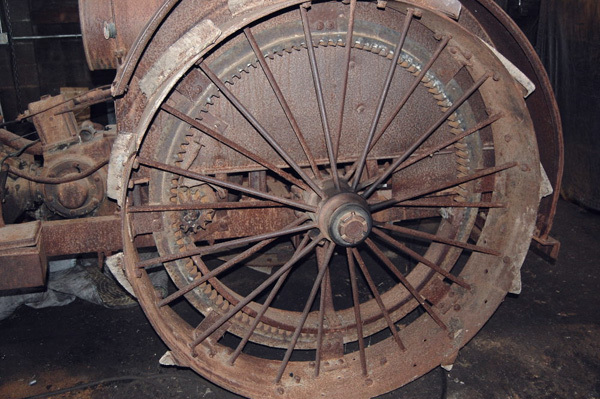 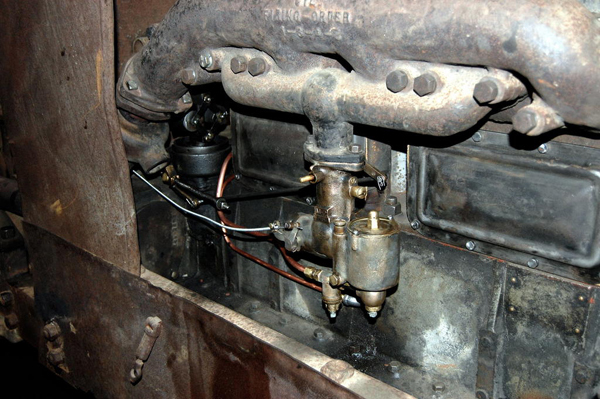 Now you've seen how the Plowman looks on the outside but we had no idea what was going to be found on the inside and it wasn't pretty. 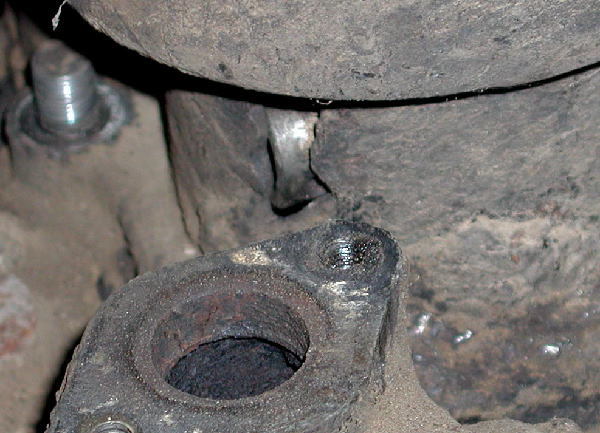 At the center in the above photo you'll see a "crack" in one of the engine cylinders.

The pin you see is a piston pin which somehow moved over and apparently got cocked enough to wear the cylinder wall and finally wedge tightly enough to break through. 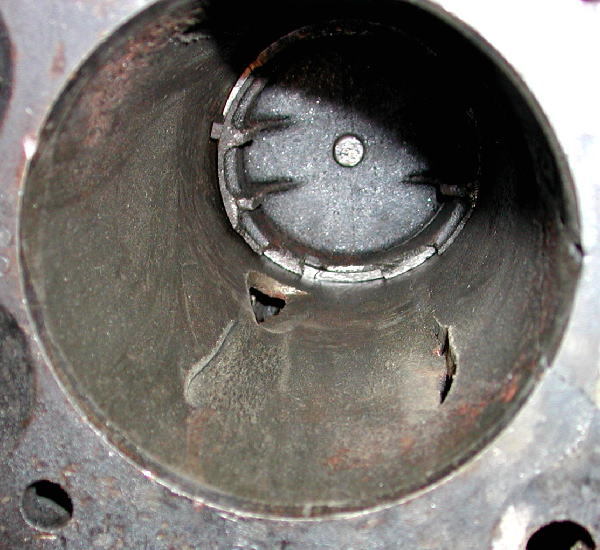 This is the view looking up into the cylinder where you can see the top portion of the piston that was still stuck there. 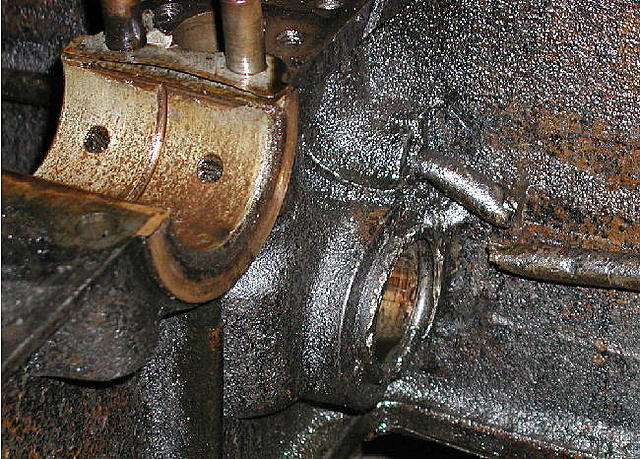 At center, right, you'll when something let loose somewhere along the line it severed the oil line that feeds the front main bearing and also broke out a non-critical wall, of some sort, that serves no useful purpose as far as we could figure.

That steel oil lines were placed in the mold and the crankcase was poured around them so they were there to stay.

This little detail might have had something to do with it.........the shattered oil pump shaft. 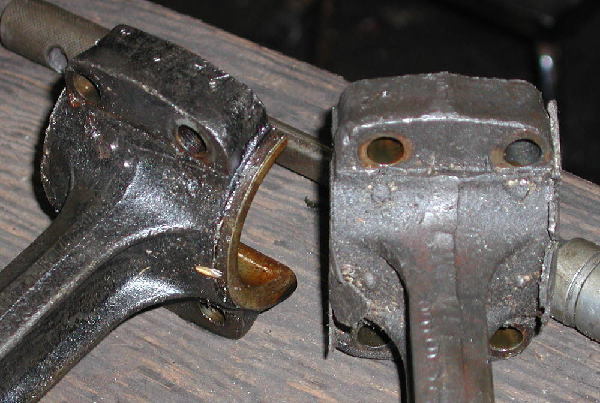 The connecting rod bearings were toast along with the main bearings.

At this point this was still Craig's project and while he could have babbitted the rods he didn't want to plus the crankshaft mains have three steps starting smallest at the front end with two larger steps going back.

Luckily the owner had an old friend (literally old......pushing 90 at the time) back home in Minnesota who had the necessary equipment and was up for the job! 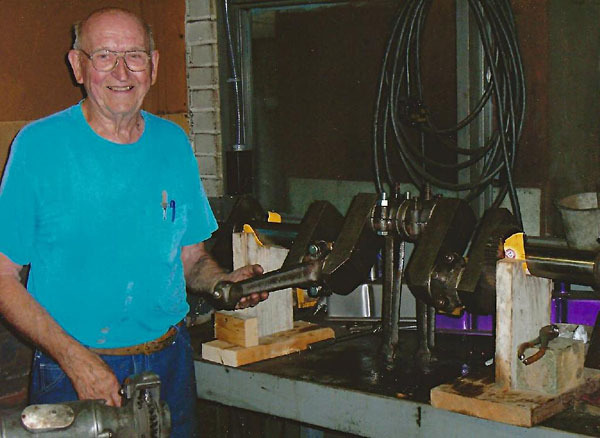 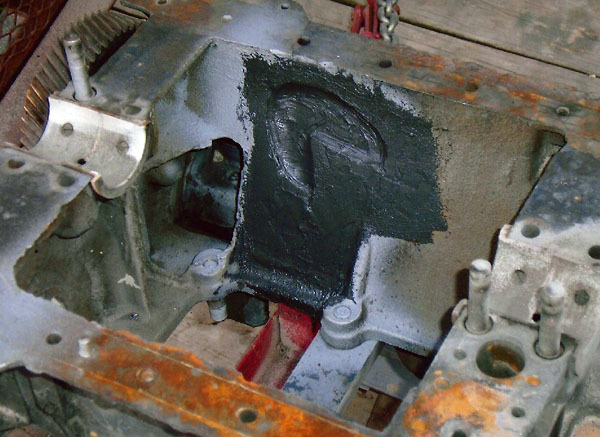 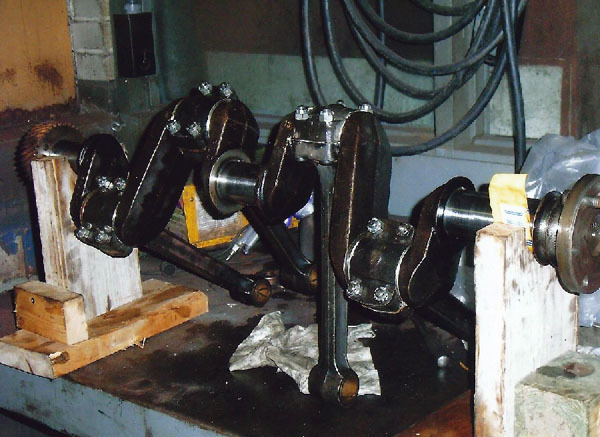 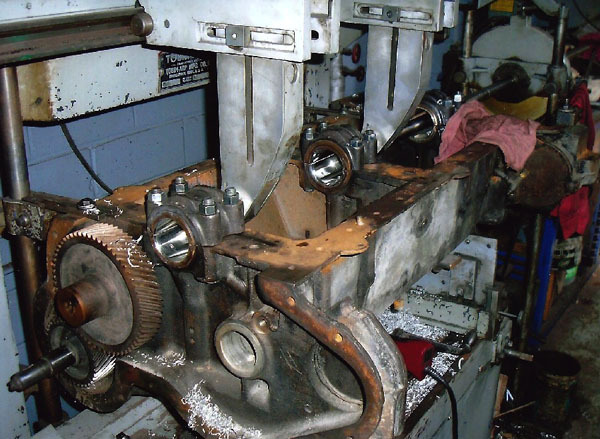 Gradually MANY more parts were repaired and the engine slowly came together.

A bonus was while the honeycomb radiator was good the bottom tank was severely rotted out so I cut out the bad section and welded in a new section.

Following is a series of photo that should be self explanatory so I won't comment on those. 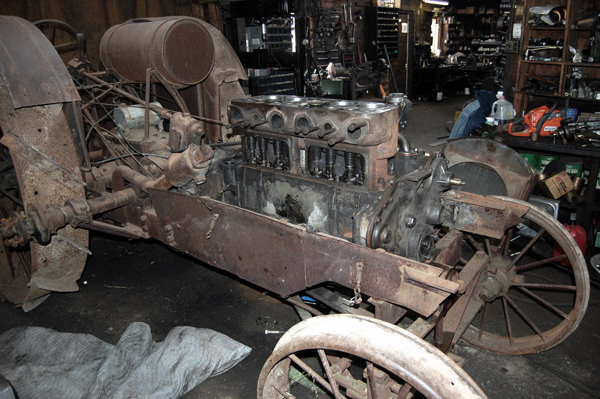 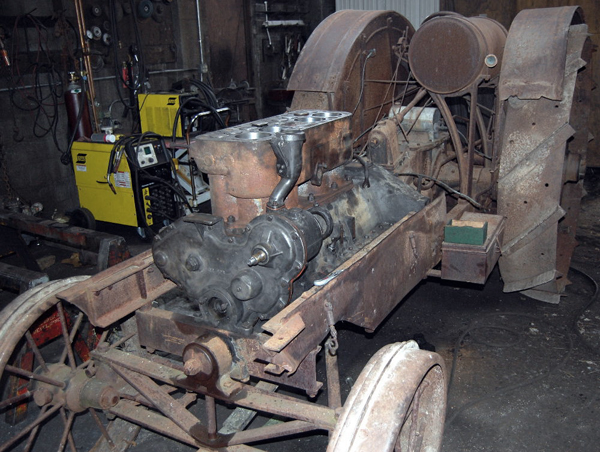 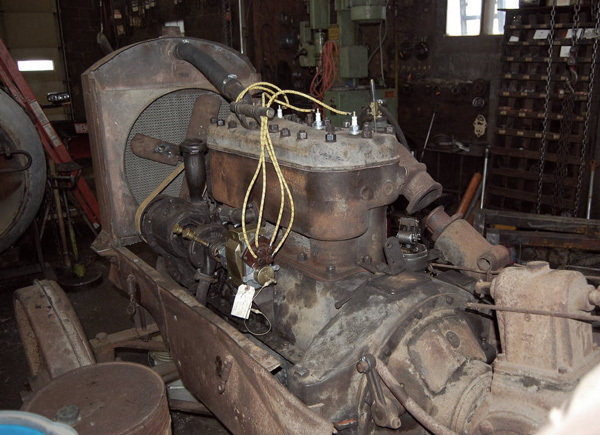 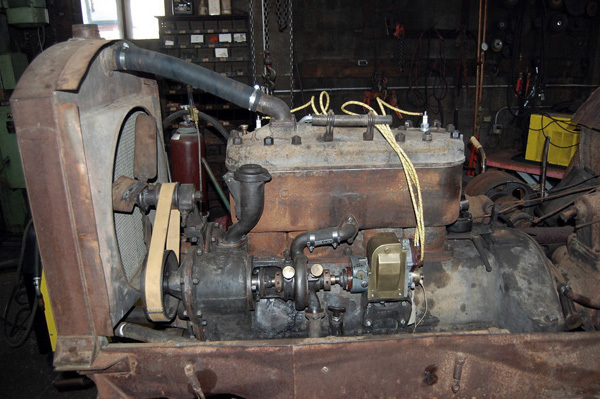 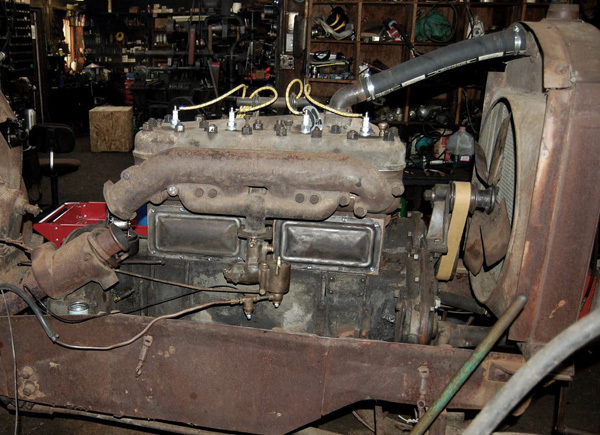 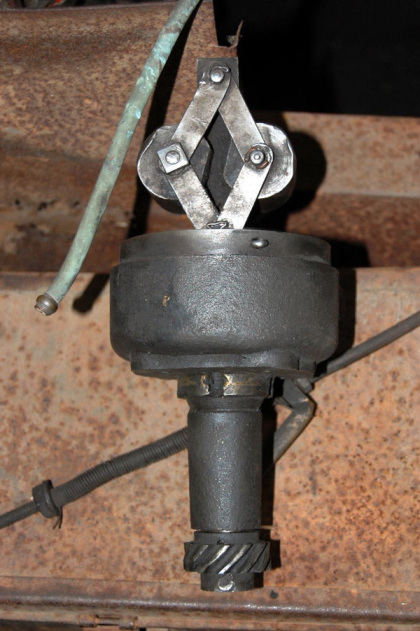 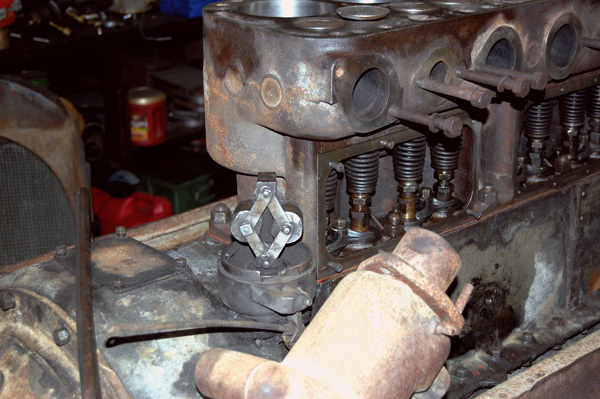 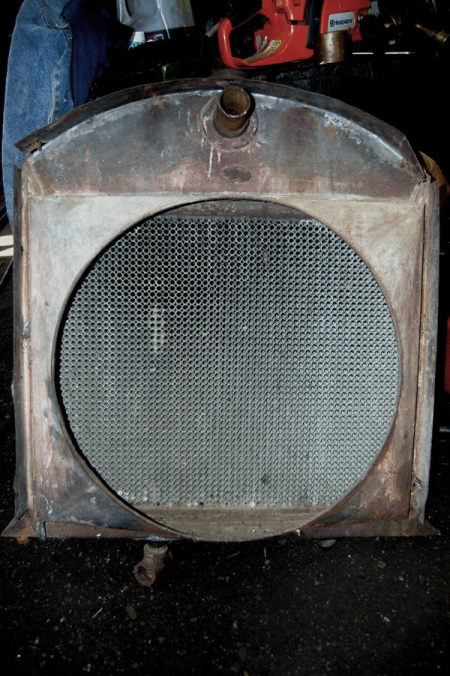 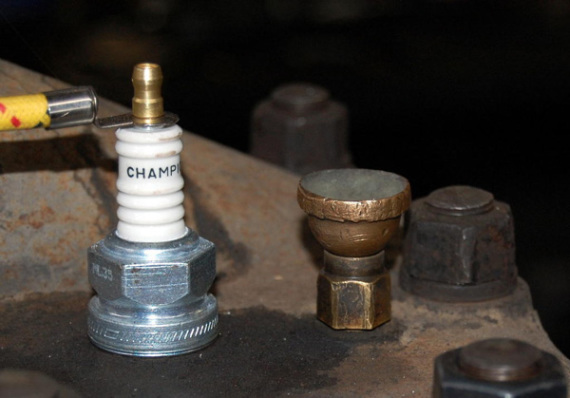 All of us were going nuts trying to figure out how the magneto base mounted to the engine block which might sound stupid but you had to have been here.

Beyond that the next issue was how the magneto timing lever from the platform actuated the magneto.

Luckily, and at EXACTLY the right time, the owner came across some literature that was indispensible! 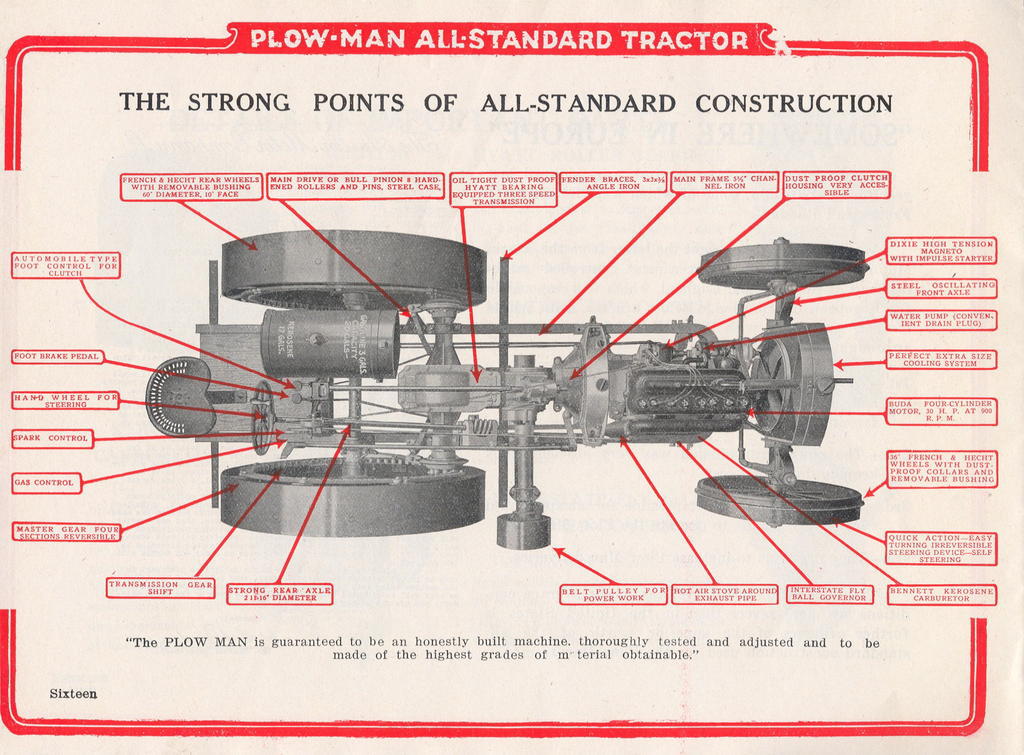 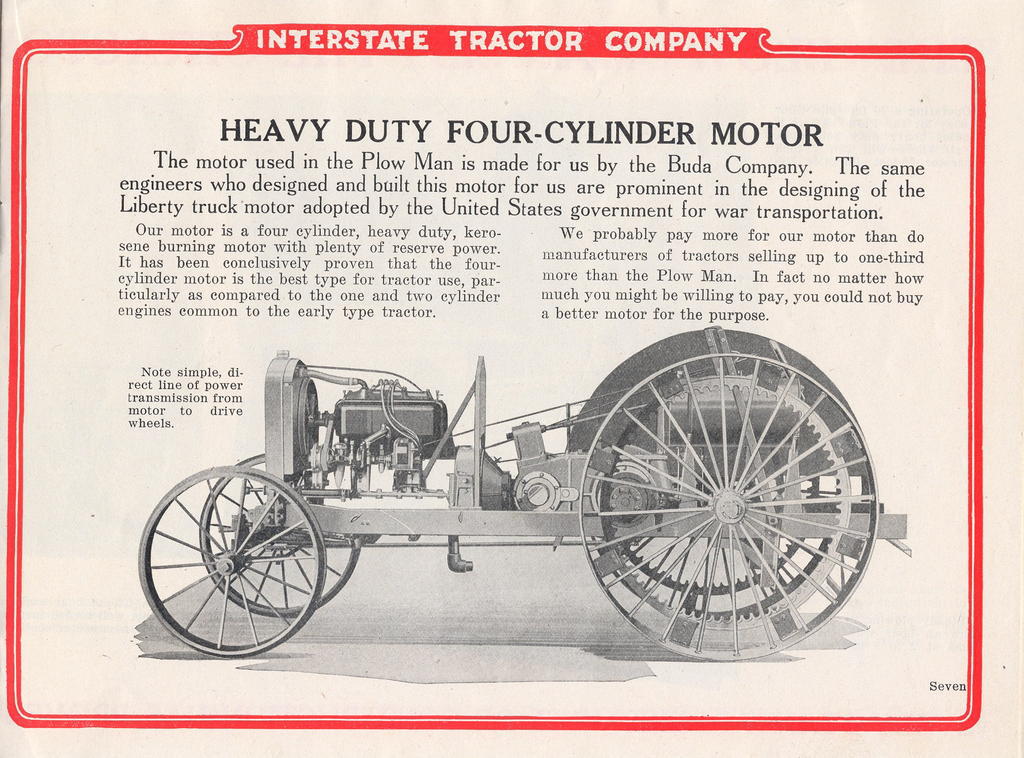 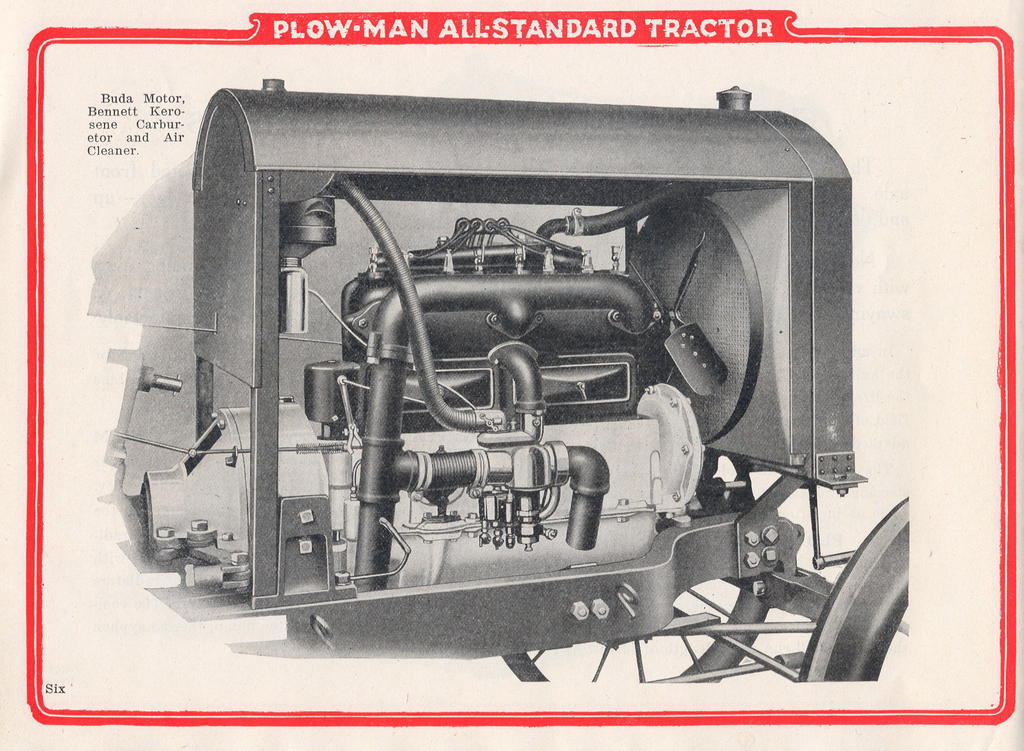 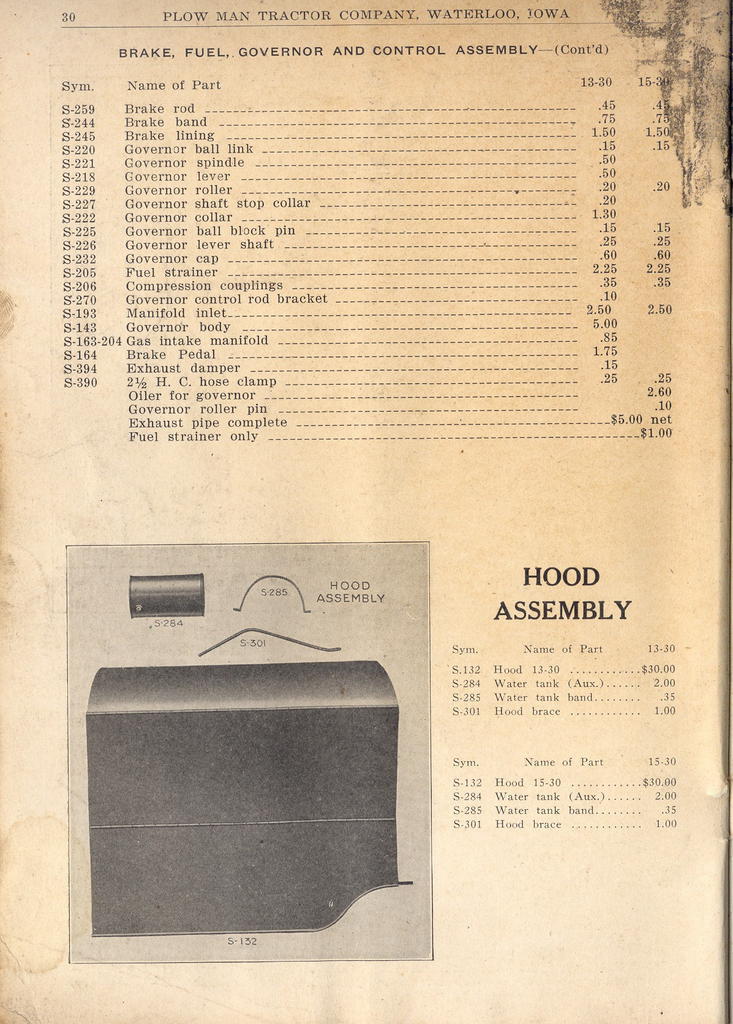 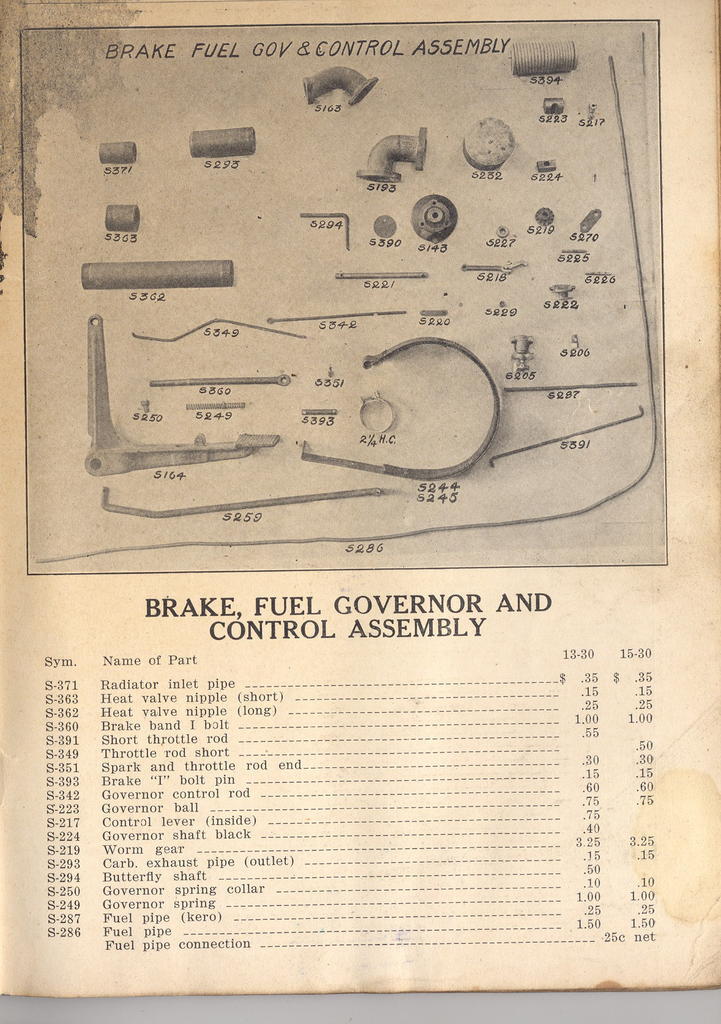 We hope you found this page interesting but the best is next!