Here are some more projects which have either been completed or are in the process. 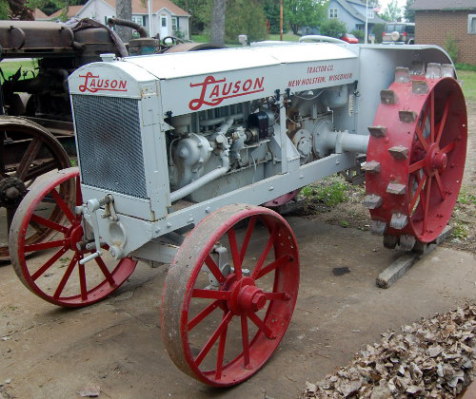 And it WASN'T.......notice the rocker arm lying on the top of the head. 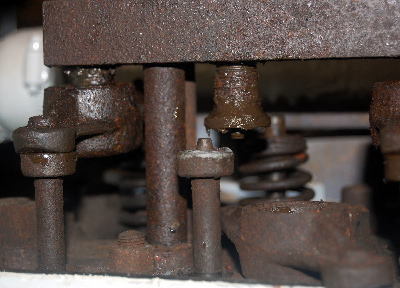 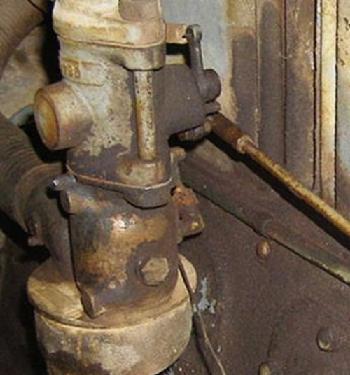 Anyway, it's running nicely now and here's a photo of it while still in the shop: 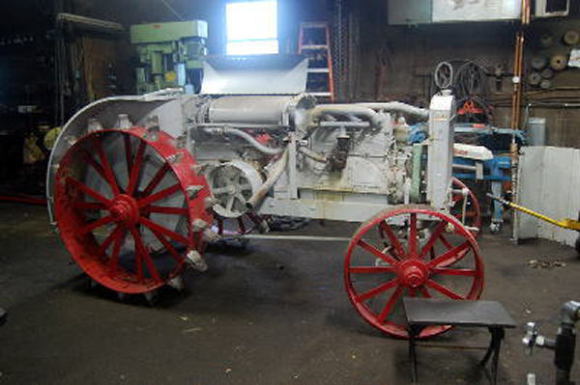 This 22-40 Case LOOKS to be a fairly straight forward project too but, as Craig documented at his site, you can't see through iron and an outstanding, original, 17-30 Type A Minneapolis turned from what was SUPPOSED to be an easy fix into a major endeavor....... :( .............. There is a 4 feed lubricator on the other side which, in addition to the pressure system, oils the cylinders as well. The purpose was undoubtedly for supplying extra oil for when using kerosene as fuel. 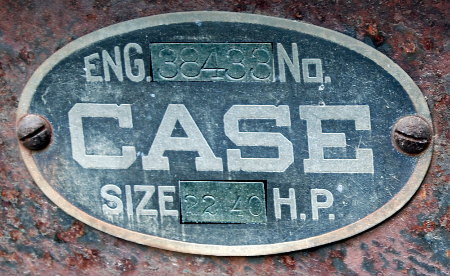 Here's a nice shot of the tag.

This one has been waiting in the wings for some time too. This K Rumely (12-20) got some major attention and just in time too!  When we opened the crankcase to check things and clean out the crud we found a square head set screw embedded in the crud. It was the piston pin retaining bolt for the right side cylinder! Luckily the piston pin hadn't shifted so there was no damage done. WHEW. 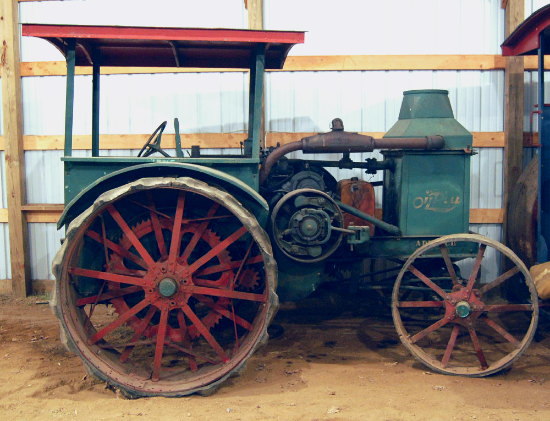 And last, but not least, ALL boys need to play every now and then. Here's Mark and his helper, Chumlee, playing with Mark's 20-35 Allis Chalmers which had been resting for a number of years until Mark acquired it. There's the video >>> MARK'S 20-35 ALLIS

Speaking of the Allis, it suffered from a slipping clutch so that made it into the shop too for a, hopefully, quick in and out. 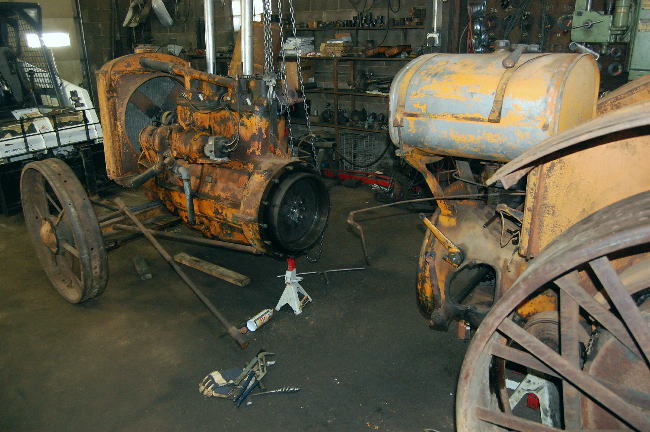 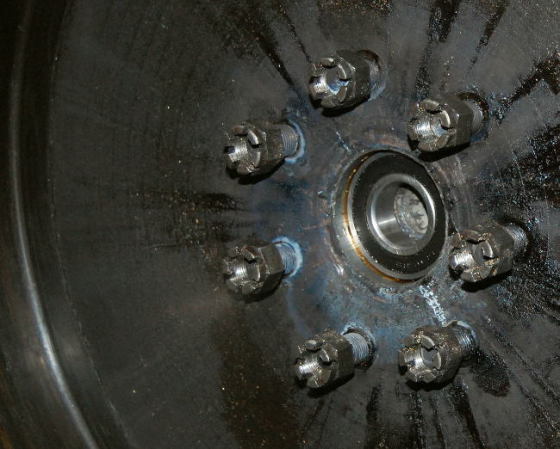 The pilot bearing had worn into the flywheel and was flopping around. The flywheel can't be removed without removing the enormous oil pan so it was repaired in place. Brazed up and ground to size using a shaft turned to the same size as the bearing OD to indicate where and how much to grind. It turned out perfectly. 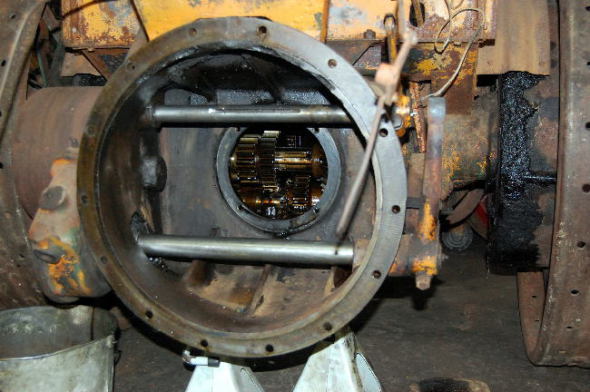 The cross shafts were repaired too so they are like new again. 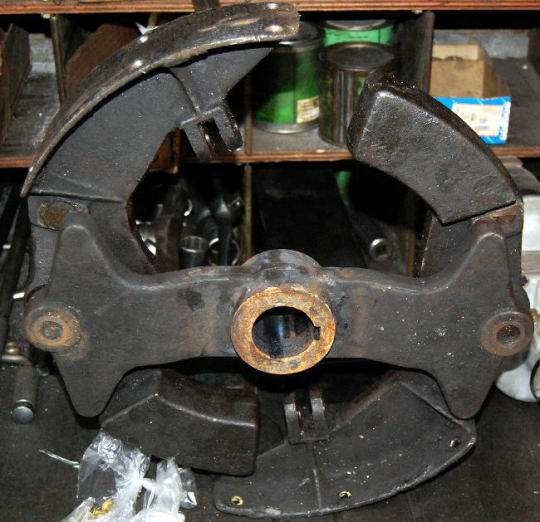 The clutch shoes got new linings right after this photo was taken. 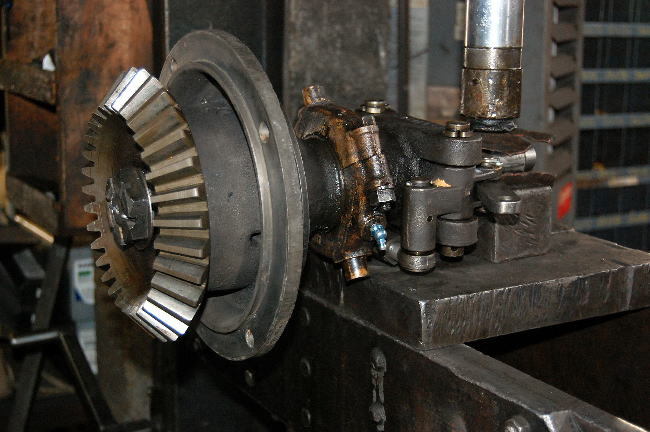 The clutch toggles were shot and made new. Things are pretty good otherwise considering this tractor did a ton of belt work