We documented some of the 12-27 repairs on this page.......The first video is some Craig got when he was at the show at Rollag, Minnesota, when the Hart Parr Company was featured and the second, down the page, show me starting and driving the tractor. 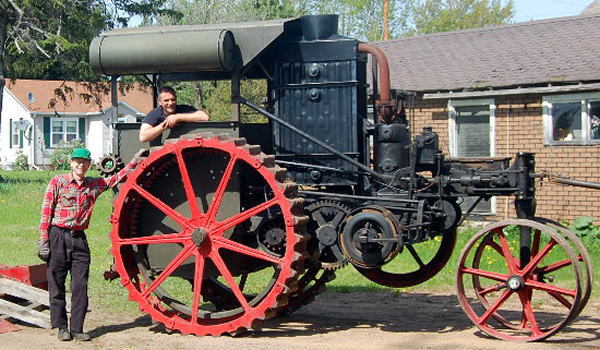 Arrival day, May 18th, 2009. It was here for a, hopefully, short stay to correct a steering issue and just go over things in general.  (Craig at left, Mark is on the platform)

This is the main reason this tractor made a pit stop here on it's way to its new home.......the steering. 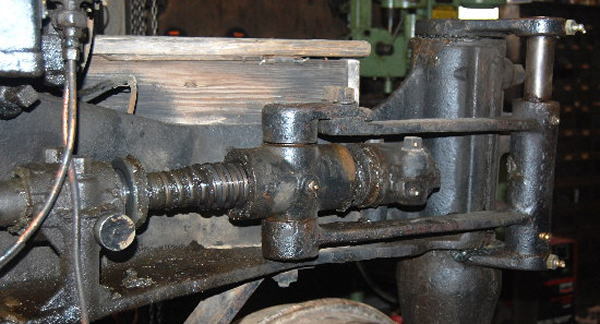 There was an unresolved steering issue which the new owner wanted fixed. It turned out the NOW shiny new shaft at the right is supposed to be stationary with the steering bracket pivoting on IT. The old shaft was severely stuck in that bracket and the whole works was turning in the end bosses. The old shaft was cut out with a torch, the remaining shaft pressed out of the bracket, and a new shaft installed. The other issue was a great deal of play in the horizontal steering shaft (visible to the left of the steering worm) and has been taken up giving about an 85% improvement in the steering wheel free play.

HERE'S a view very few folks will ever see. Craig is lying a creeper looking up into the crankcase to get this photo. Oh......that's another thing.......the tractor has been run without the crankcase "pan" cover. Luckily that part arrived along with the tractor!

Interestingly.......the integral bevel gear cast with the camshaft gears drives NOTHING.......but very unexpected was this broken gear tooth on the crankshaft gear. Who would expect a cast iron gear here? It didn't make for an EASY repair.......but it's repaired! 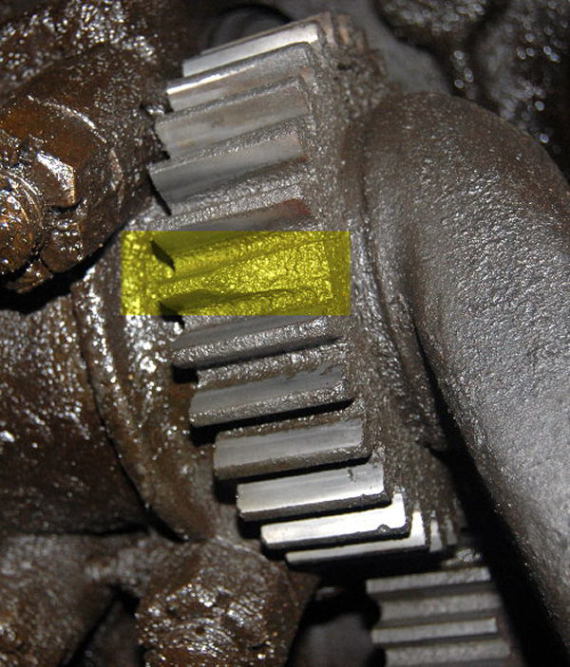 Below is a shot of the massive crankshaft counterweight. 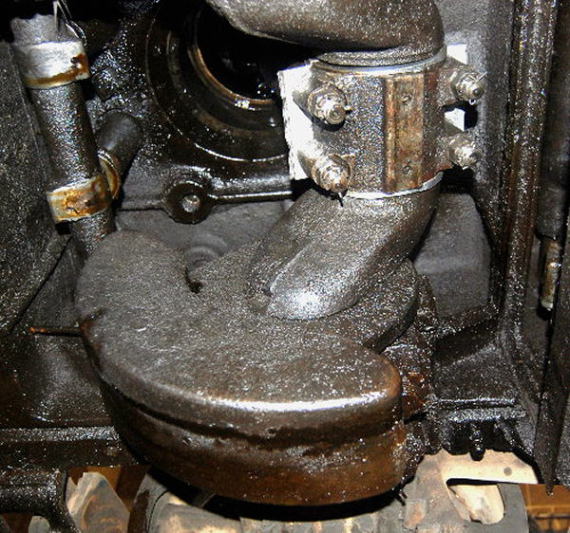 The video below shows me starting and driving the Hart Parr. 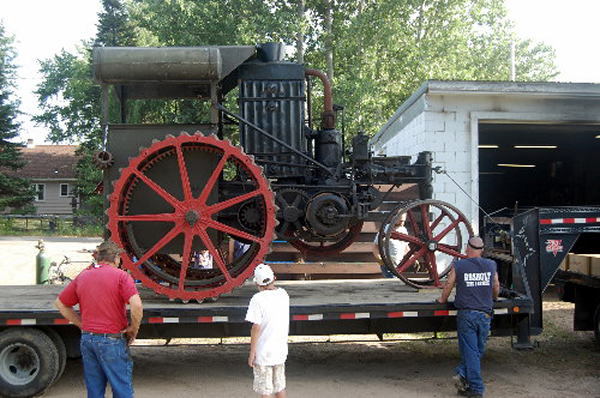